By Nisha Kotecha on September 30, 2016 0 Comments
Children brave the sea on the school run before the arrival of the new boats

It may have been the world’s wettest school run – but this term children on five islets in the Philippines will no longer have to swim through the sea to get to school, thanks to the arrival of new boats provided by UK charity Sailors’ Society.

The two motorised boats, which carry up to 30 school children each, will dramatically improve the prospects of children attending Sulangan Integrated School, who until now faced the risk of being washed out to sea just to get to their lessons. 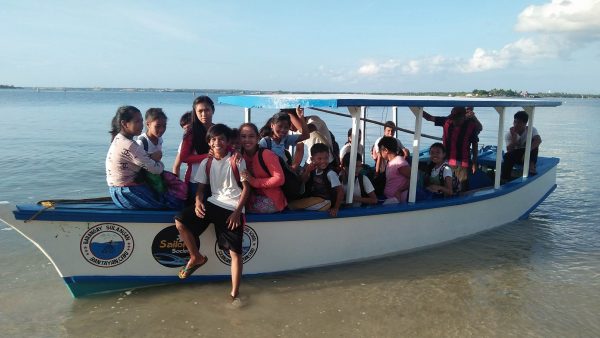 Sailors’ Society, which has its headquarters in Southampton, funded the boats for the seafaring community in Sulangan, as part of its mission to help seafarers and their families around the world.

Before the boats arrived Ramie Aronales, 16 – who has disabilities including breathing difficulties – and his siblings Rose Marie, 12, Marvin, 8 and Marvy, 6, had to wade through the sea from their home on the tiny islet of Biagayag to get to the school two kilometres away.

Their father, Ramone, would carry Marvy on his back at low tide – and at high tide the children were sometimes unable to get to school at all, or trapped at school for hours until Ramone was able to borrow his neighbour’s boat to collect them after class. 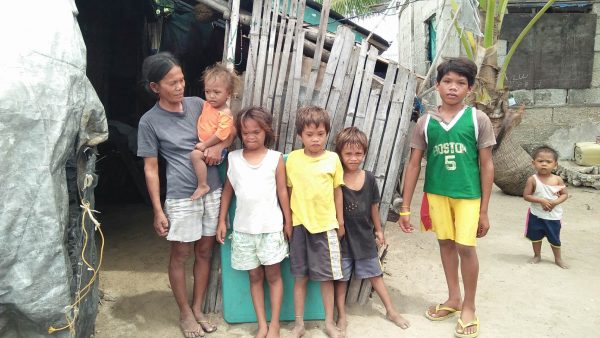 Ramie’s parents were unable to finish their education, but Ramie is determined to finish school so that he can support his family in the future.

He says: “The school boat project brings us, and other families like us, so much joy because at last we won’t be late and won’t miss going to school ever again.

“This will serve as a stepping stone for me to become a seafarer someday.”

Sailors’ Society has more than 100 chaplains and ship visitors working across 87 ports. They support seafarers and their families and are transforming their lives with everything from building new homes to providing computers for schools.

Sandra Welch, deputy CEO and director of programme for Sailors’ Society, said: “The worst thing most of us face on the school run is a bit of traffic, so it’s hard to believe that there are children who have to swim through the sea just to get an education. 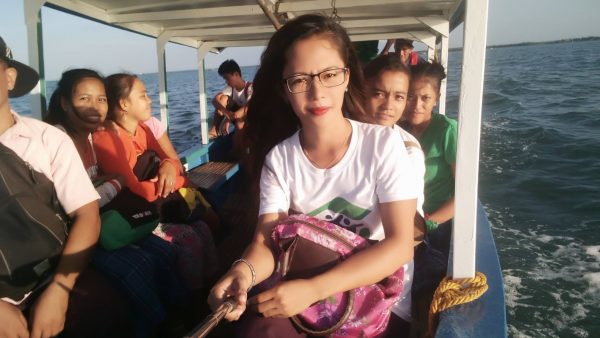 “Thanks to these boats, the children of Sulangan Integrated School no longer face an exhausting, dangerous journey every morning and arrive at school safe, dry and ready to gain the schooling they need.”