John Wills, who was recently featured as one of our “Inspirational People”, has been shortlisted for the prestigious Lifetime Achievement Award offered by the Directory of Social Change.

“I am very humbled to be nominated for such a prestigious award, I cannot thank enough, those people and organisations who have helped me so much over the years. Although this nomination is for what a single person has achieved, none of it would have been possible without the huge support I have had from others.” 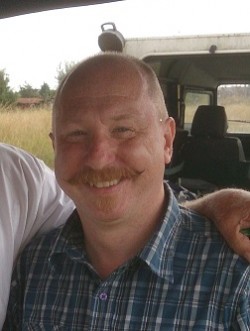 John (pictured, left) is the manager and lead bushcraft instructor of Greenpath Ventures, which offers outdoor activities to disadvantaged people and Project Lead for AARCA (Assisting Adult Recovery from Childhood Abuse) which offers a recovery workshop programme for adult victims of childhood abuse.

“It would be so wonderful for both organisations if we could win this and help challenge the negative stereotypes around victims of abuse and mental health.”

What makes John’s story truly inspiring, is that despite a catalogue of extensive achievements: co-founding 2 charitable organisations, managing an award winning charity (HEAL-Queens Award 2007), raising hundreds of thousands of pounds for good causes and survival training in the Sahara, Amazon and Arctic (the latter 2 after breaking his back), his drive and personality hides a traumatic and troubled past.  From the age of 8 until 14, John was the victim of sexual abuse by a close “friend” of his family.

John is now writing a blog of his experience of surviving abuse to help other victims.

The final result of who receives the award is down to an online public vote which can accessed via the DSC website and ends 23 January 2017. The management teams of both organisations are urging people to vote for John who has made such an outstanding positive contribution to the community and helped rebuild so many people’s lives.

“I hope this nomination helps raise awareness around survivors and mental health and show what people can achieve, if, they have the proper support. For me, I was lucky enough to get help through Survivors UK and that was the turning point in my life”.

Click here to read about the award, the nominees and to vote.