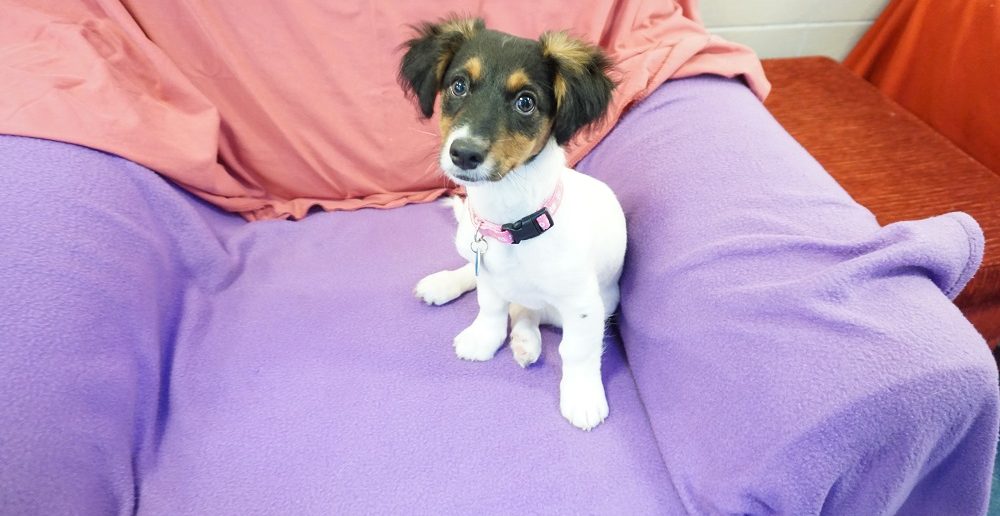 A three-month-old puppy, who was purchased as a present, but no longer wanted, has finally found her happily ever.

A young woman originally bought the Jack Russell Terrier cross, named Ella by The Mayhew Animal Home staff, for her boyfriend. But when they suddenly broke up, poor Ella was no longer wanted. 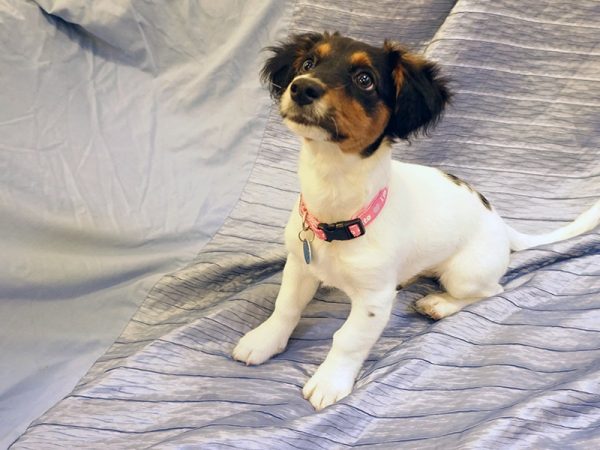 Ella was given to The Mayhew when her owners broke up

At first the boyfriend was undecided whether to keep Ella or not, but eventually turned up at The Mayhew to sign her over. After speaking with the charity Adoption Officers and Animal Welfare Officers, he was informed that at the time they were overwhelmed with a surge of dogs and puppies being left in their care before Christmas and that they were struggling with room.

The charity suggested that he try another rescue shelter. Instead of taking their advice, the boyfriend proceeded to pass Ella to members of the public outside. The Mayhew staff saw this and made the decision to take her in their care straight away despite being stretched for space.

The Mayhew’s Head of Animal Welfare, Zoe Edwards, said, “It is completely irresponsible to sell a puppy outside on the streets, but unfortunately we see this kind of situation all too often.”

“Sadly there are lots of unwanted animals in rescue centres like ours that have come in from people who have bought pets on a whim without taking into consideration the responsibilities and needs of looking after them. When getting a new pet you should always consider whether you will be able to look after them correctly. Unfortunately, irresponsible breeders won’t be thinking or asking whether the buyer is able to care and provide for the animal for the rest of its life, both financially and physically.” 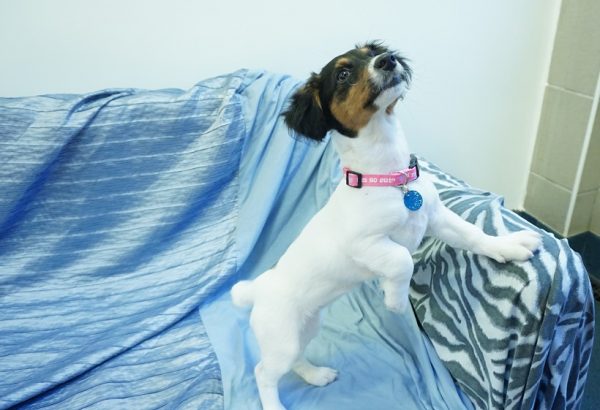 The Mayhew has been inundated with the number of dogs and puppies being abandoned at the end of last year and beginning of this year. The situation, caused by owners no longer able to keep or look after their pets, has meant there is no space for serious welfare cases to come in.

Head of Animal Welfare, Zoe Edwards, added, “This is an example of the impact that irresponsible owners have on our rescue centre. When owners dump perfectly healthy dogs and cats on us without seeking help from us first, it means we cannot rescue dogs and cats that are in urgent need.”

“If owners called us in the first instance, we can help in many other ways rather than the last resort of them dumping their pet on us. We are here to assist and advise pet owners on the best course of action for their pet.”

The Mayhew Vet Team thoroughly checked Ella over and the Kennels staff helped her settle in and made her feel more comfortable. As soon as she was showing off her friendly and affectionate character, Ella quickly found a new home.

Now called Pippa, she is enjoying her new life in her loving home, and particularly enjoys cuddles from her new family. 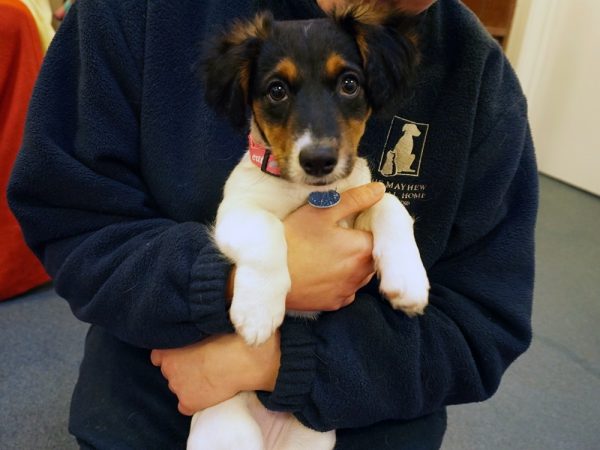 Her new owner, Trina Harris, said, “She is a fun, loving, excited and playful puppy. She has settled into her new home very well.”

“She just loves to jump onto your lap for a cuddle and if she is really happy will roll onto her back for you to tickle her tummy. It is hard work having a new puppy family member, but very rewarding and a lovely way to start 2017. Thank you to The Mayhew for allowing us to adopt her. She’s the perfect pet for our family home.”