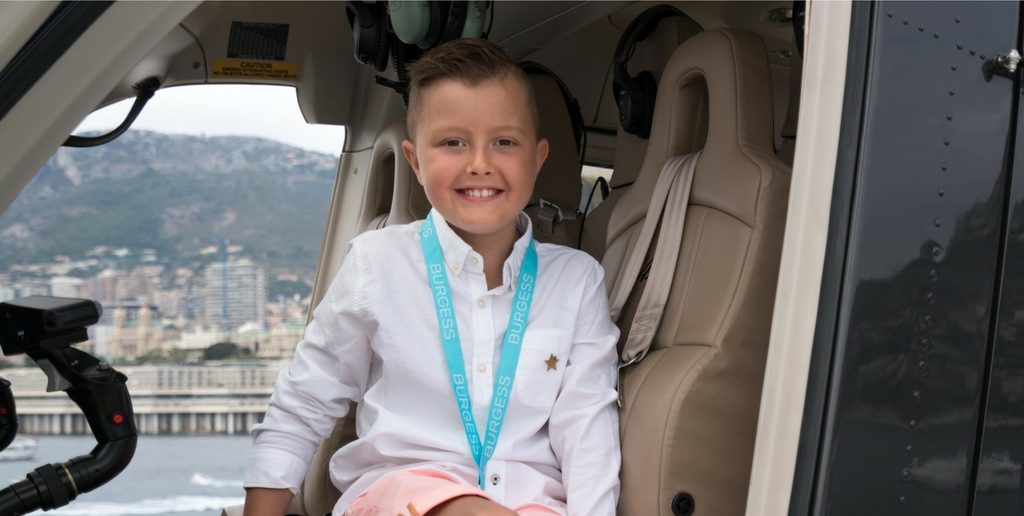 Nine year old Garron Donnelly from Ballymena in Northern Ireland was diagnosed with Acute Lymphoblastic Leukaemia in May 2013 after developing a painful lump in his neck. While he was going through treatment, his family also lost his baby sister, Peggy, during surgery to correct a congenital heart condition.

It has been a really tough time for Garron but one small thing that helped him, and his parents Ruth and Colin, was being referred to Make-A-Wish® UK, the charity that grants magical wishes to enrich the lives of children and young people fighting life-threatening conditions.

Garron, who loves high-powered cars and watching Top Gear, said his wish was to visit Monaco because it was one of the road trips that the programme’s presenters had featured.

His wish became a truly magical reality when Make-A-Wish arranged for him to stay in a hotel with a swimming pool in Monaco and companies like yacht brokers Burgess, Bell Helicopter and Rolls-Royce stepped in to make the experience “second-to-none!”

Garron said the best part of his wish was going for a ride in the front seat of a Ferrari. He was also taken on a tour of the city in an open top Rolls-Royce. As the yacht show was in town, he got to go on the super yacht Ulysses and switch on one of the engines. He climbed up the crow’s nest, had a flight in a Bell helicopter and saw the laser show. Everyone high fived Garron and shouted happy birthday to his mum from their boats. He was also given a delicious lunch and tea and plenty of souvenirs to take home. 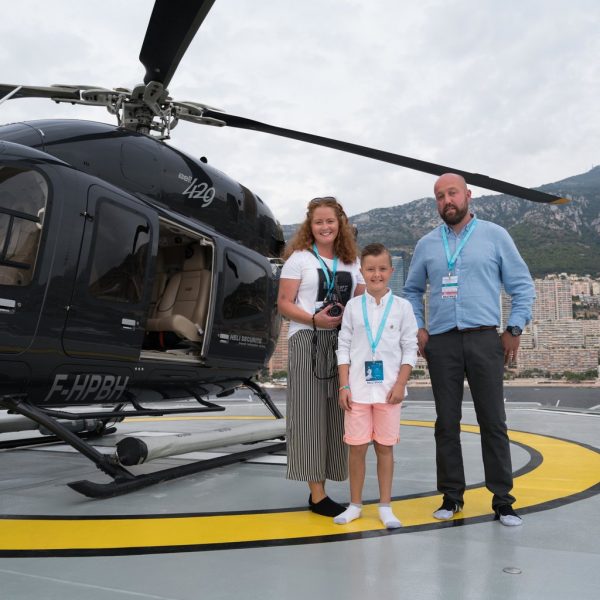 His mum Ruth said, “Garron had to grow up too quickly because he took sick and had so much adult stuff to deal with. Being sick like that there is the loneliest thing because you’re cut off from the real world and you have to hide in the house in case of infections, so to have something like Monaco to look forward to was such a positive.

“Garron loved being able to swim in the hotel pool – something he was able to enjoy because there was little risk of an infection. One day he spent seven full hours in there and only got out to get a drink or go to the toilet! But the best bit was when he got to go for a spin in a Ferrari. He got to go in the front seat and his face must have been hurting afterwards from smiling so much!

“The whole thing was absolutely fantastic! Garron got given loads of goodies and then he was taken to one of the biggest sailing ships and went up in the crow’s nest with his dad – they were about 60 metres high like two wee pins above us.

“Garron totally sees himself living this kind of lifestyle and we say go ahead and think that, there’s no harm in it!

“Memories aren’t easily made and you can’t just make them up. We’ll never forget this though. The work that was put into it was second-to-none and we appreciate it so much. Garron’s face just said it all as we arrived. These are real memories that will stay with us for a long time.

“I can’t even begin to explain how it feels to be told your child has cancer. Garron’s diagnosis turned our lives upside down and our first thoughts were that we were going to lose him. When you go into a room and there are six people there waiting to speak to you, you just know it is bad news. The consultant said to pack a bag for a month and within a matter of four hours our whole lives changed.

“Peggy was born on 9 December and she went to London for open-heart surgery on 21 December. She died on 23 December, her daddy’s birthday. We were all devastated and after everything Garron was going through, he’d lost his baby sister too. To have Garron’s wish after all that was just amazing.”