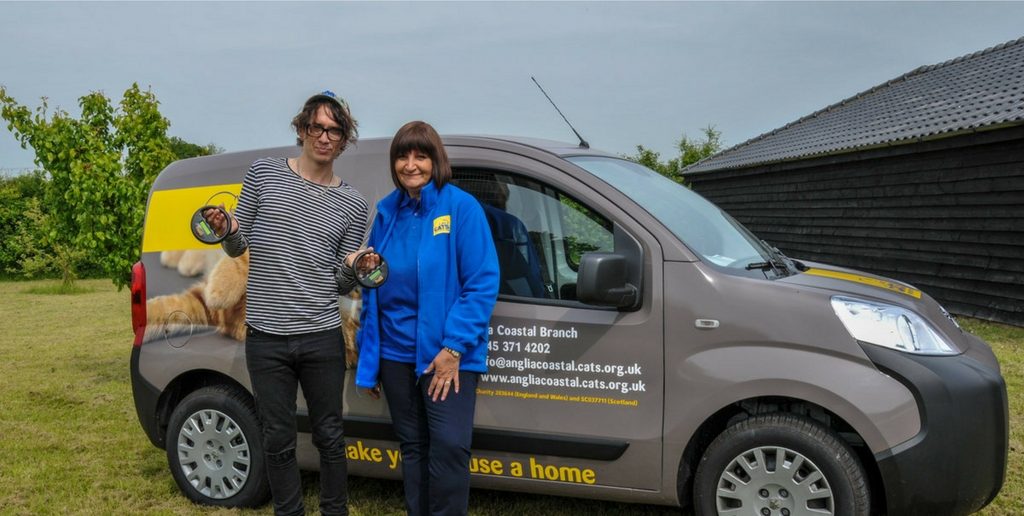 The Darkness frontman Justin Hawkins is calling for cat owners to get their pets ‘chipped this Microchipping month (June) having been reunited with his missing moggy last year thanks to her microchip.

Singer and guitarist Justin was reunited with his cat Cully by Cats Protection last year, after she had been missing for an incredible three years! 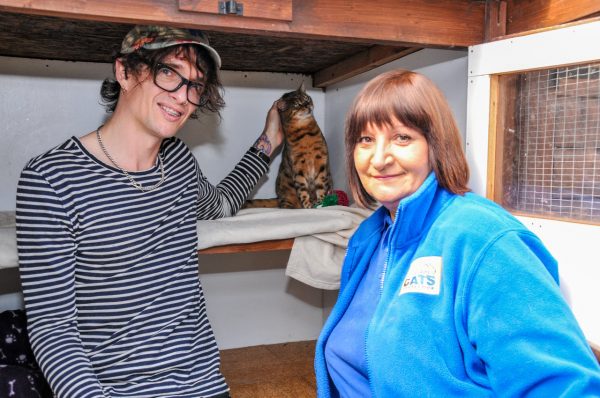 A relieved Justin said, “I’d like to encourage all cat owners to get their pets microchipped in case they ever go missing. It’s a simple procedure and I’d never have got Cully back without it.”

Justin’s 10-year-old puss was handed into the charity’s Anglia Coastal Branch after being found living as a stray in Lowestoft, Suffolk, in May last year, but a routine scan for a microchip revealed that she belonged to one of the town’s most famous former residents.

Branch Coordinator Delphine Wood was quickly able to make contact with an overjoyed Justin, who took a break from a hectic tour schedule to travel to the UK to collect his feline friend.

“When Cully went missing I was heart-broken but I just knew she was still alive somewhere,” said Justin.

“I kept checking microchip databases and kept my details up to date in the hope of finding her. Three years later, after being found living as a stray, Cats Protection was able to reunite us thanks to her ‘chip details.”

“I was so happy when I heard she’d been found – I couldn’t wait to get her home. I’m sure any cat lovers like me will agree that our pets really are part of the family and it had been awful not knowing where she was for all that time.

“She’s settled back in so well since her return. I just wish she could tell us what she got up to during those years away but I guess we’ll never know. The main thing is that she’s back home where she belongs.”

The appeal comes as new figures from the UK’s leading feline welfare charity show that nearly three quarters of stray cats are never reunited with their owners. 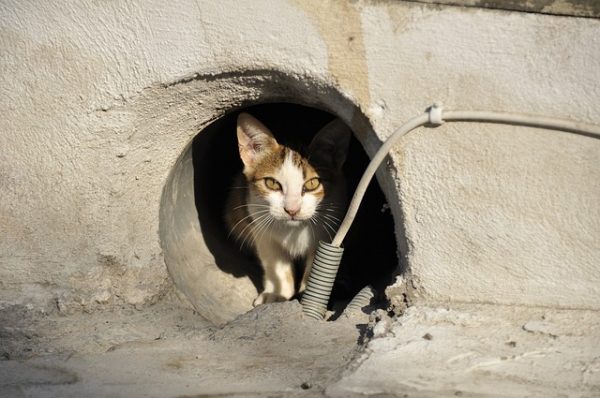 The charity is therefore urging all cat owners to ‘chip their pets and keep their records up to date to help them reunite more lost cats with their loving owners in future.

To find out more about the benefits of microchipping please visit the Cats Protection website.