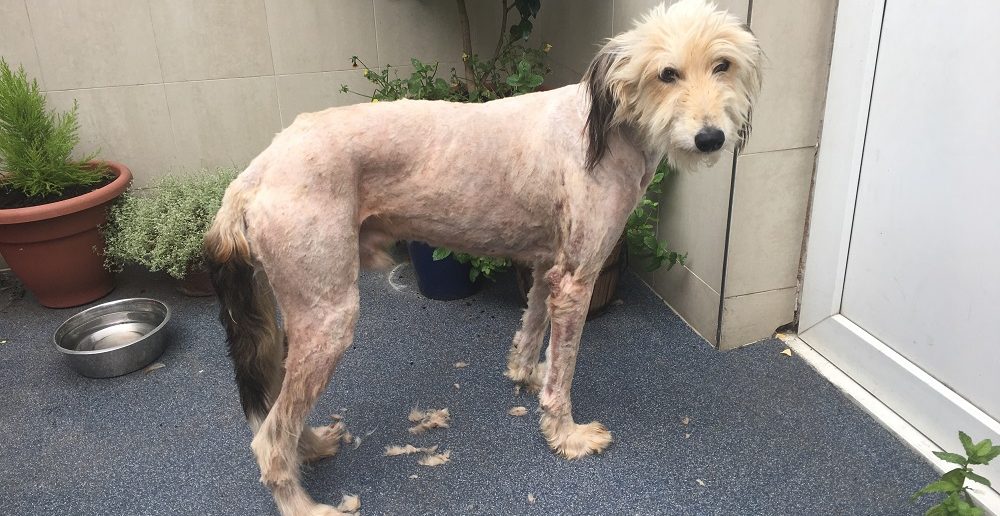 A five-year-old dog found abandoned in a park was so scared that no one could go near him for six days. 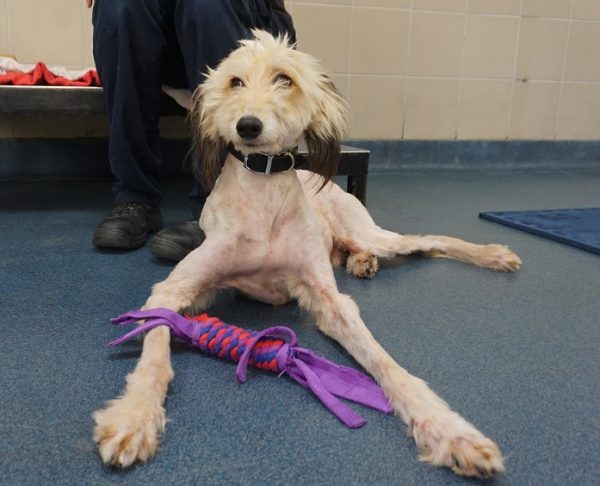 Rudy was spotted by locals wandering around a park

The sighthound mixed-breed called Rudy was discovered by several members of the public wandering around Gladstone Park in North West London on one of the hottest weeks of the year.

Mayhew’s Head of Animal Welfare, Zoe Edwards, said: “We were first alerted to Rudy when four members of the public called Mayhew to say they had spotted a stray dog roaming around Gladstone Park.”

“Rudy was so scared that every time someone went near him, he would run away. That week it had been very hot outside, so we advised that members of the public leave out bowls of water for him to help keep him hydrated.” 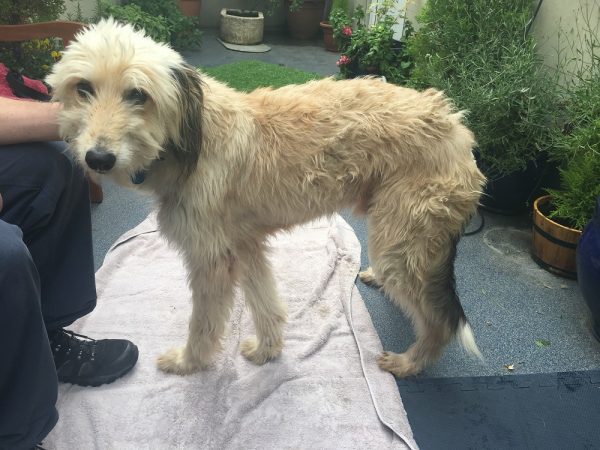 Rudy when he was first brought in to Mayhew

It was only when Rudy became extremely tired and weak from the hot weather that a local dog warden was able to go near enough and eventually brought him in to Mayhew.

Zoe Edwards said, “On arrival Rudy was extremely thin and he had sores all over his body.” 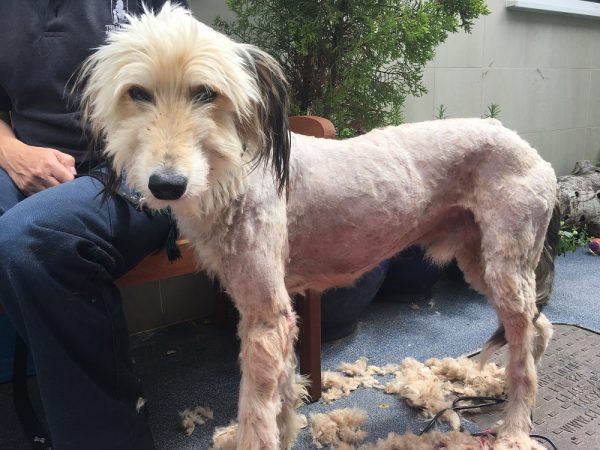 Mayhew’s Vet Team made sure Rudy was given a thorough health check and that he was comfortable.

Mayhew’s Vet, Dr. Emma Robinson, said: “As he’d been running loose for six days, poor Rudy had sore feet with big painful tangled clumps of fur between his pads and he was extremely thin and weak.

“His skin was in a terrible condition and his fur was also knotted, so we prescribed him medicated baths and antibiotics for his infected skin, as well as parasite treatment.

“After a week, his skin looked much better and we were able to vaccinate and neuter him. Rudy also had a haircut and now looks very handsome. He has been extremely sweet and well-mannered throughout his whole ordeal.”

Thankfully after receiving vital medical attention and love from the Veterinary Team and care and attention from the Kennels Team, Rudy started to recover and was soon back on his paws in no time. 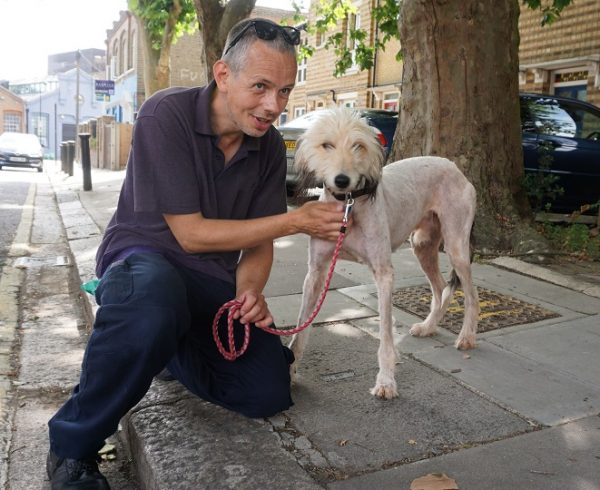 As soon as Rudy was feeling better and showing off his friendly and sweet-natured character, he quickly found a new home.

Rudy is now enjoying himself in his loving forever home, thanks to the kindness of the people who called Mayhew initially, the hard work of the charity staff and volunteers, and his new family.