World Smile Day® 2017 on Friday 6th October provides the perfect opportunity for communities across the globe to join together and celebrate the power of a smile.

However, this international awareness day also brings to mind our people around the world who are unable to share in the joy of a smile because of medical conditions such as cleft lip and cleft palate.

For the majority of people in the UK, the ability to ‘flash a smile’ is taken for granted. Throughout much of the developing world though, the situation is very different as millions of children with untreated clefts are unable to eat, speak, or breathe properly. These children are often denied access to schooling, unable to hold down a job, and shunned by their peers.

In response to this global issue, international children’s cleft charity, Smile Train, leverages a unique model – empowering local doctors and medical professionals in over 85 developing nations to provide 100%-free cleft repair surgery and comprehensive cleft care in their own communities. This sustainable approach enables cleft children to receive quality and safe cleft care 365 days a year. For each of these children, access to cleft care in the communities in which they live is truly lifesaving.

Joseph Gatchalian from the Philippines is one of these children. 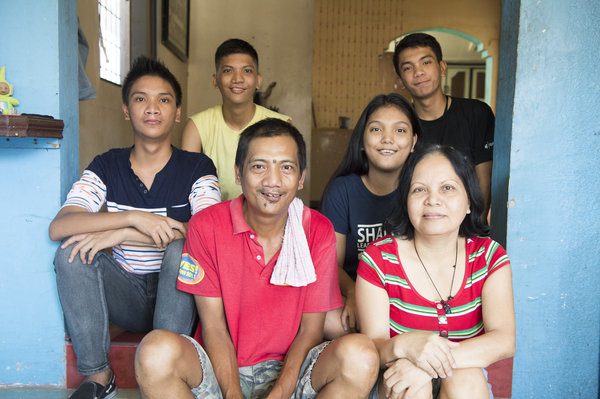 Joseph with his family

“My father and older brother were also born with cleft lips, but they both had surgery when they were much younger. They had unilateral cleft lips, which means their clefts were only on one side or their lips.

I was born with a bilateral cleft lip, which means both sides of my mouth did not fuse together properly. This came as a surprise to my mother, and she felt that it was much worse than my father’s and brother’s conditions.

My mother tried to get help for me when I was small, but things did not work out. She brought me to hospitals when she knew that doctors from other countries were visiting on mission trips. Unfortunately, I was always sick and couldn’t receive surgery as the mission groups were only present for short periods of time and then left. As a result, my mother became very discouraged and stopped trying.

I was determined to receive surgery, and hoped I would have it in time for my High School graduation, but again – I was sick. Finally, a few months after I graduated, we learned about Smile Train’s free surgery at a nearby local hospital. We were both relieved as my mother did not believe it would be so easy.

There was a huge impact on my life following my cleft surgery.  Before the surgery, every time I stepped out of the house people would stare at me. Every time, people would bully me. My mother did not want me to go to school because she would get hurt when she heard people calling me names. But she knew I had to go to school – so she went with me. She sat outside my classroom and waited for me the whole day. I did not tell her, because she might have stopped me from going to school, but when she was not looking people would still call me names, like ‘monster’. 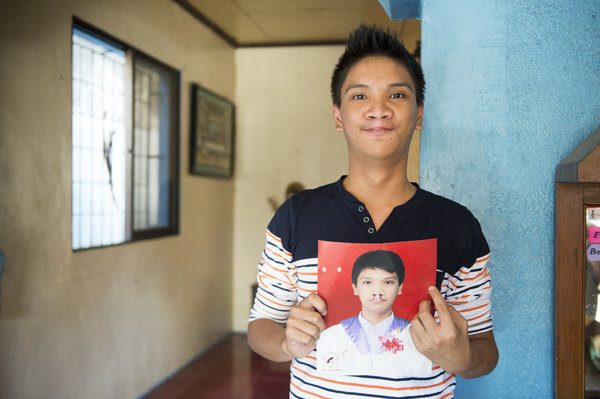 After the surgery, I felt like a weight was lifted off of me.  I would walk outside and no one would look at me anymore. They treated me like a normal person.

A lot has changed since my surgery. For one thing, I can go out of the house without fear of being teased. Now, I can now speak in front of many people.  I became confident – confident enough to apply for a job working at one of the biggest call centre companies in the Philippines. Now, I can help my family. I am not a burden to them. I would say to children or worried parents that are about to watch their children undergo surgery that you have to be strong and everything will be OK. You should be ready for the BIG changes in your lives. There will be so many positive changes!”

To date, Smile Train has transformed the lives of more than one million children across the globe, children just like Joseph, giving them the power of a smile. Unfortunately, there is still work to be done. Each year, more than 170,000 children in the developing world are born with clefts, and many do not have the resources to undergo surgical repair. Cleft repair surgery is relatively simple and can cost as little as £150, with a life-changing impact for not only the child, but also their family and entire community at large. Click here to find out more.