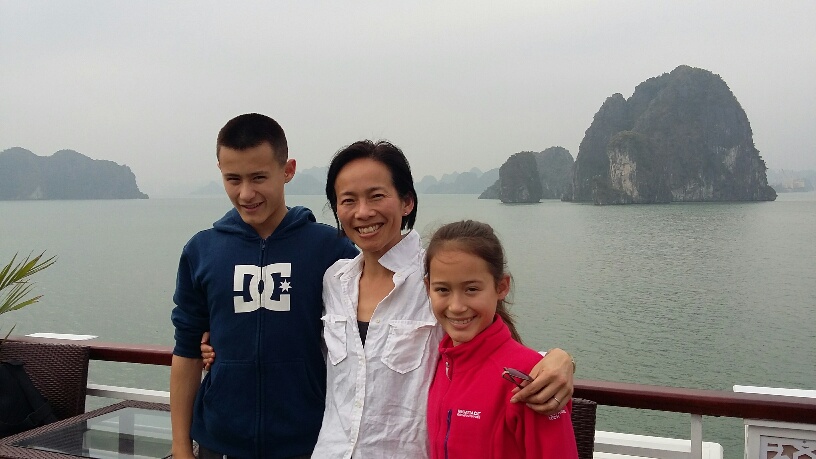 On 23rd December 2016, Susu Stinton, a 46-year-old mother from Buckinghamshire, travelled to Ho-Chi-Minh City in Vietnam, along with her two children, for a Christmas holiday.

As their trip coincided with the Christmas period, Susu decided that she wanted to do something a little different in place of traditional present giving. Instead of giving her son and daughter material gifts, Susu chose to give them money which they then had to give to someone in need during their time in Ho-Chi-Minh.

Susu says: “I was very excited for our holiday to Vietnam. I knew that it would be a good opportunity to show my children how people live in other areas of the world, which would encourage them to appreciate how lucky we are in the UK.

“A friend of mine mentioned that she had once given money to her children in place of presents and encouraged them to give it to someone in need, which I thought was an excellent idea – especially with our trip to Vietnam looming! So, when Christmas came around my husband and I (along with our children’s grandparents), decided not to purchase any gifts for the children and instead, gathered some money together.”

As you’d expect from most children, they were not thrilled by their lack of gifts.

“My children’s initial reaction was disappointment, with my son saying ‘Christmas is ruined’ – but I stuck to the plan as I knew that, in the end, they would thank me for it,” explains Susu.

During their time in Ho-Chi-Minh, Susu and her family decided to visit a Smile Train partner hospital, where children born with cleft lips and/or palates receive free treatment.

Susu recalls: “Every seat in the hospital was filled with children with clefts.  Families who had travelled to have their loved ones treated were sleeping in the hallways as they could not afford to stay elsewhere. I had never seen anything like it! In the UK we rarely see people living with a cleft lip and/or palate as we are very fortunate that the NHS provides treatment for people at a very young age, so this really was an eye-opener, to see an entire waiting room filled with children needing surgery.

“After spending some time in the hospital waiting room with the patients, there was one little girl with a bilateral-cleft, called Tien, who particularly stood out to us. Tien was absolutely gorgeous and full of life, she was too young to know that there was anything wrong with her. We met her mother and father, who told us that they had travelled all the way from a small island in South Vietnam so that their daughter could be treated.” 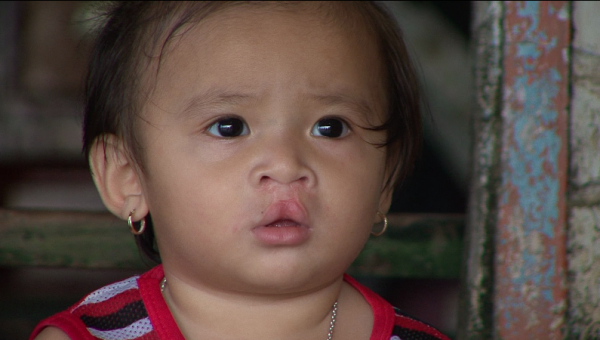 After hearing Tien’s story, Susu’s son and daughter immediately decided to combine their Christmas money, and offered to pay for Tien’s cleft surgery and travel money.

Susu was delighted the lack of gifts didn’t ruin her children’s Christmas and they ended up learning a lot from the experience. She said, “The kids were absolutely blown away. They felt so good after the experience, knowing that they had helped to transform the life of a child by giving her a brand-new smile. We were lucky enough to see Tien following her surgery too. Although her face was a little bit swollen and she had lots of stitches, you could already see there was a big transformation. Without the surgery the chances are that Tien would have grown up to be bullied, and potentially faced being ostracised from her community. This is in addition to the physical problems she could have faced such as breathing difficulties and malnutrition. We had given her the chance to have a normal life.

I remember my son saying that he would have loved a new pair of trainers for Christmas, but whilst he thought having them would have improved his life, he knew this surgery had completely transformed Tien’s! The whole experience was heart-warming and magical, for all of us.” 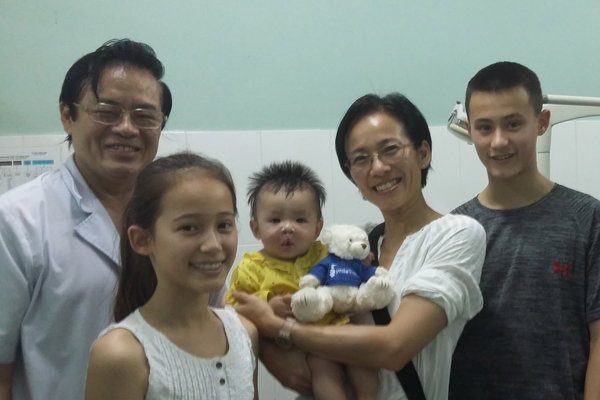 Smile Train is an international children’s charity with a sustainable approach to a single, solvable problem: cleft lip and palate. Millions of children in developing countries with untreated clefts live in isolation, but more importantly, have difficulty eating, breathing and speaking. Cleft repair surgery is simple, and the transformation is immediate. Smile Train’s sustainable model provides training, funding and resources to empower local doctors in 85+ developing countries to provide 100%-free cleft repair surgery and comprehensive cleft care in their own communities. Click here to learn more about Smile Train’s work.