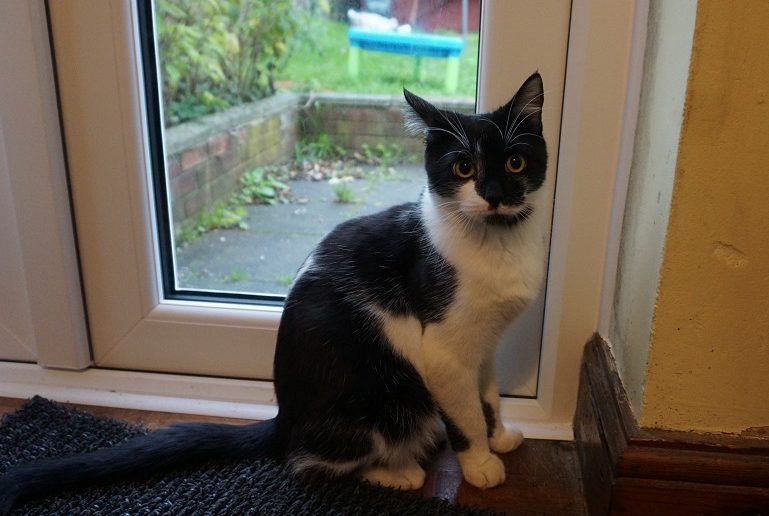 A kitten, who was purchased online from a boot sale app, then abandoned, has finally found the loving home he deserves.

The black and white one-year-old was bought online by two young women on impulse. They hadn’t checked the pet’s background and didn’t realise the amount of time, preparation and patience it takes to look after an animal.

A week after collecting the kitten and bringing him back to their home, the women who bought him decided that they no longer wanted the kitten, and so took him to animal charity Mayhew, where the staff decided to call him Mo. 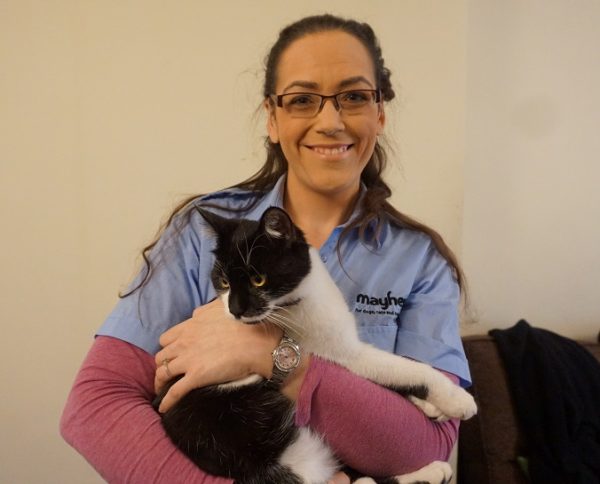 Mo is just one of the many animals that have been bought online on a whim without owners considering whether they have the time, money and space to look after them properly. As a part of Mayhew’s Christmas campaign, ‘I am NOT an Impulse Buy’, the animal charity is raising awareness of the worrying trend of many pets ending up in rescue shelters due to impulse buys.

Mayhew is urging potential owners to be responsible and consider adopting an animal from a rescue centre instead.

“At first they were going to dump Mo with us and run away, but we had to find out the kitten’s history to establish where he had come from. That’s when we discovered that poor Mo had been bought on an app,” explains Mayhew’s Animal Welfare Officer, AJ Ford.

Thankfully Mo was in good health when he was taken to the charity.

Head of Animal Welfare, Zoe Edwards, is urging people to think twice before buying a pet.

“There are already so many unwanted animals in rescue centres like ours that have come from people who buy pets on a whim, without taking into consideration the responsibilities and needs of the pet.

“When considering a new pet you should always think carefully about whether you will be able to look after them correctly. If owners call us in the first instance, we can help before they reach the last resort of dumping their pet. We are here to assist and advise pet owners on the best course of action for their pet.

“Mayhew is also a member of the Pet Advertising Advisory Group (PAAG), which aims to ensure that pets advertised for sale are done so legally and ethically. It also aims to raise public awareness of the need to act responsibly when buying pets from websites and the need to do research before making any purchase. We ask that owners think responsibly about where they get their pets from and consider adopting a rescue dog or cat instead,” Zoe said.

Mayhew’s Vet Team gave Mo a thorough health check at the on-site Community Vet Clinic, before their Cattery staff settled him into one of the cosy cat cabins.

As soon as Mo started showing off his friendly and playful self, he quickly found a new home. 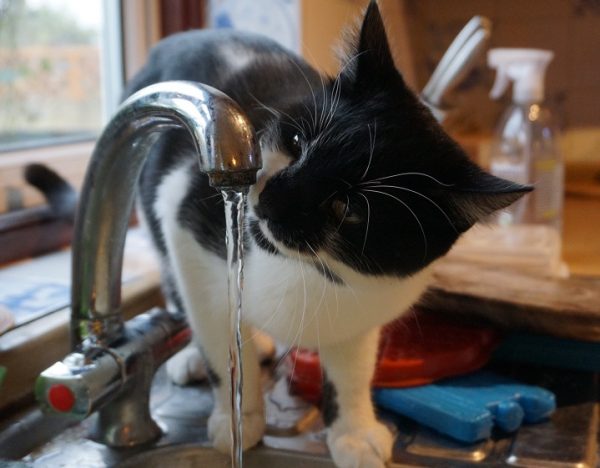 Mo enjoying himself in his new home

Mo’s new owner, Nicola, said, “We were looking to get a cat for a while, and when we met Mo, we knew instantly that he was the right cat for us. He was friendly with the children and very outgoing.

“For the first couple of weeks, he would follow us around everywhere and wouldn’t leave our sides. We’ve now had him for a couple of months and he has settled in really well.

“Mo is great fun to have around; he can be very playful, but loves to have a snooze on our laps too. I’m so glad he has become a part of our family.”