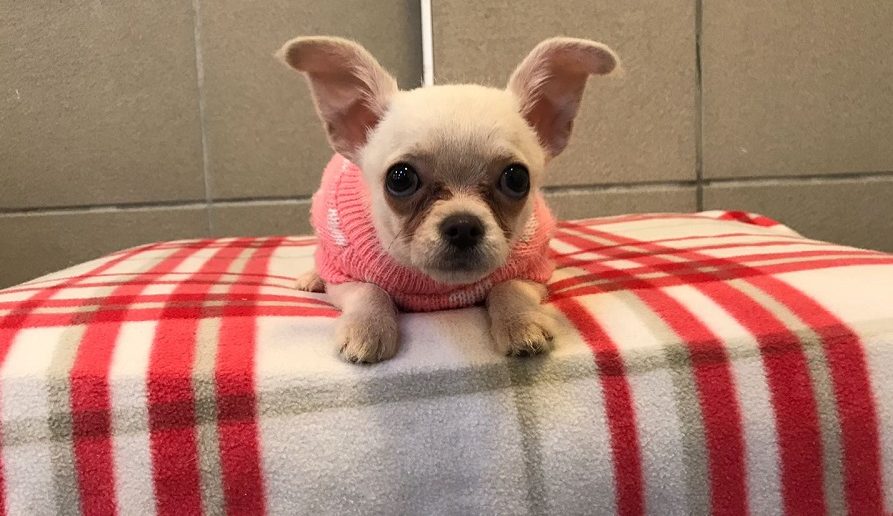 A dehydrated puppy who was found abandoned and wrapped up in a towel in a London park has found a safe new home. 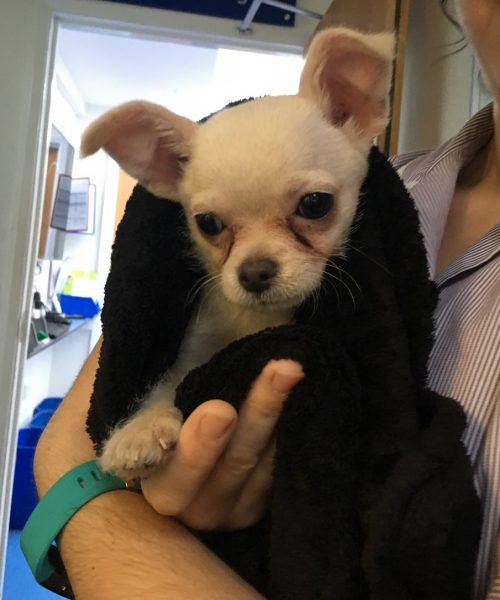 Tiny when he first arrived at The Mayhew

The three-month-old Chihuahua pup, named Tiny, was discovered by a member of the public late at night, shivering and cold, under a hedge in Roundwood Park in Willesden, North West London.

The member of the public immediately took Tiny into London-based animal welfare charity, Mayhew, for help.

“Poor Tiny was wrapped up in a towel and looked terrified,” said Mayhew’s Animal Welfare Officer, AJ Ford. “He was seen by our experienced Vet Team straight away at our on-site community vet clinic so he could receive the treatment that he needed.

“We wish whoever had abandoned Tiny had called us first. At Mayhew we are dedicated to helping people in crisis situations. We do not judge and we are here to assist and advise on the best course of action for the animal, no matter what the problem is.”

Tiny was dehydrated and very nervous when he first arrived at The Mayhew. He was monitored throughout the night and luckily had no major health concerns. 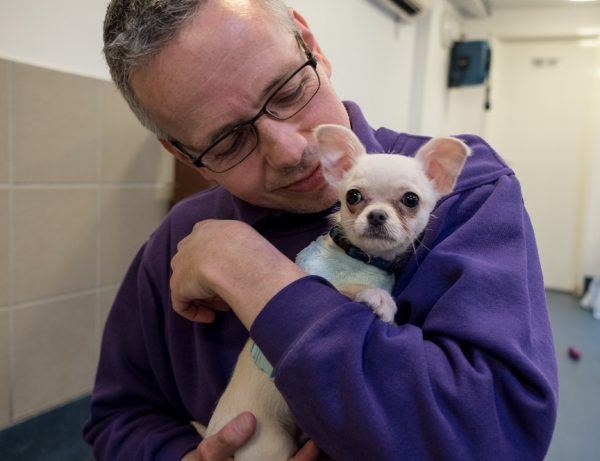 The Mayhew team gave Tiny worm and flea treatment, and he was later vaccinated and neutered.

After receiving medical attention and care from Mayhew’s Vet Team, Tiny was soon back on his paws in no time.

As soon as Mayhew’s Vet Team was satisfied he was in good health, Tiny quickly found a new home and his happily ever after with Mayhew’s Vet Clinic receptionist, Melissa.

Tiny’s new owner, Melissa, said: “Tiny is such a gorgeous boy and I fell in love with him instantly. What he may lack in size, he certainly makes up for in character and has had us all laughing with his antics from the moment we brought him home,” Melissa, Tiny’s new owner, said. “He adores cuddles and loves nothing more than curling up with you for a snooze. He’s settled in to our home so well and we absolutely adore him to bits.”