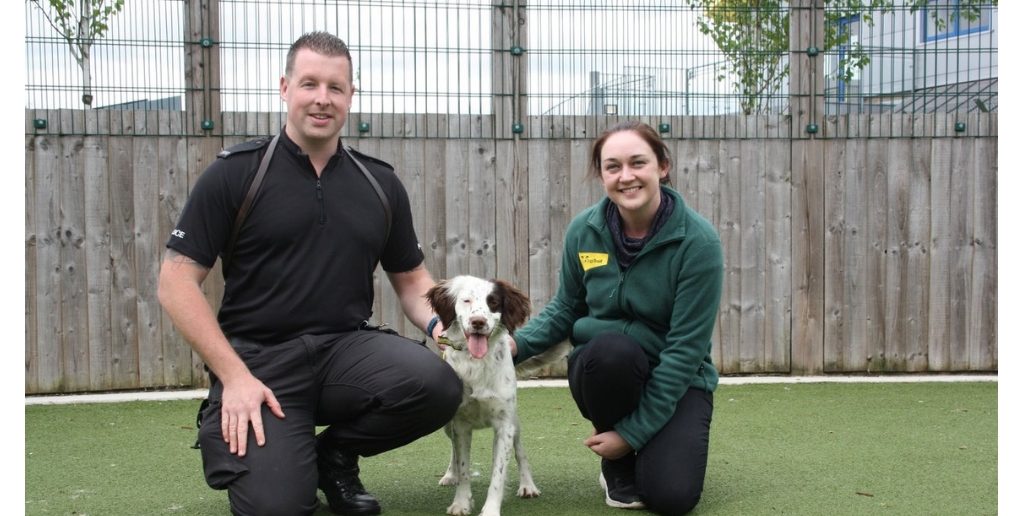 By Nisha Kotecha on October 2, 2018 0 Comments
PC Mark West on the day he met Ruby at Dogs Trust

A nine-month-old former rescue dog has landed on her paws after qualifying as a police sniffer dog. 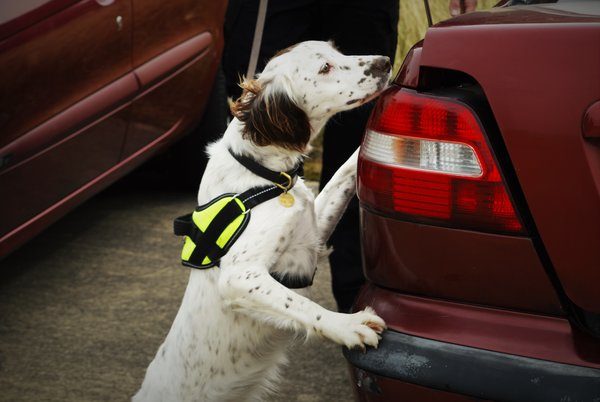 Ruby has started working as a drugs, cash and weapons search dog.

English Springer Spaniel Ruby was being looked after by the team at Dogs Trust Manchester when her potential for a career with the police was spotted by police dog handler PC Mark West from Bedfordshire, Cambridgeshire and Hertfordshire Dog Unit.

We previously wrote about the 200 mile trip that PC West made from Luton to meet Ruby. PC West quickly realised the lively youngster had all the right attributes to join the police force and so Ruby headed off to begin her new life living and working with PC West.

Two months later Ruby has graduated and has begun her new working life as a drugs, cash and weapons search dog! 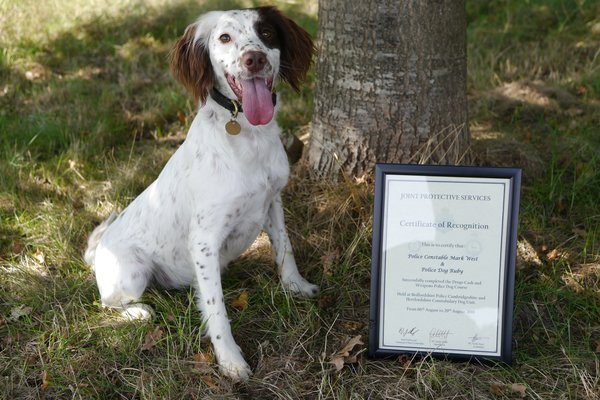 Ruby arrived at Dogs Trust Manchester after a change in her family’s circumstances meant she couldn’t stay with them. She had only been at the Denton-based rehoming centre a matter of days when Mark asked to meet her.

“She has been an absolute superstar and has passed with flying colours! I’m very proud,” Mark says. “She gets on brilliantly with my other dog Dexter and she completes our team. Dexter is a firearms support dog so he is alongside officers at firearms warrants.

“Once we have entered a property Ruby will then go in to do the searching side of things. She is brilliant.”