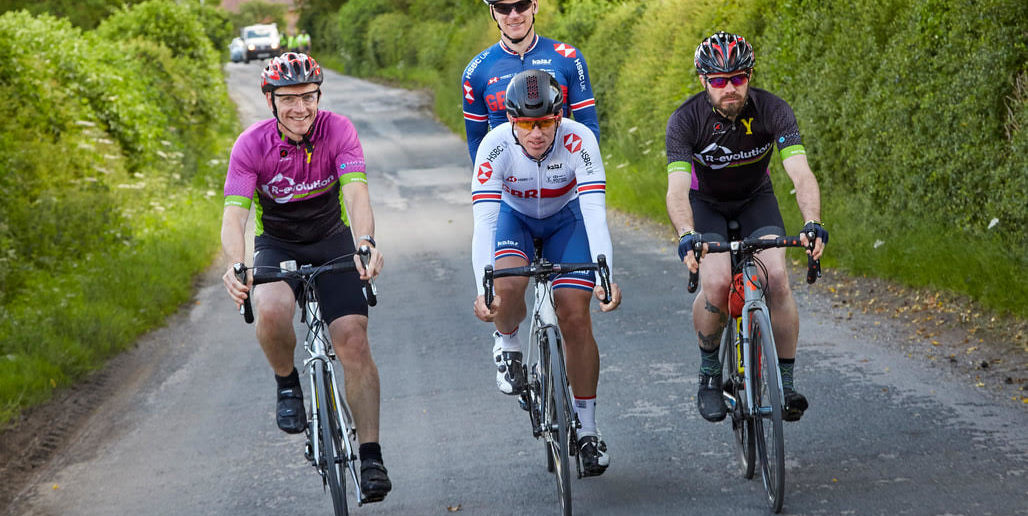 A charity based in East Riding, Yorkshire, is using bicycles to transform lives. Founded in 2015 by John Marshall, R-evolution is a charity that aims to develop the skills and confidence of unemployed people, homeless people, ex-offenders and people with mental health problems.

In the UK, millions of old bikes are stored, forgotten and unused, in sheds and garages. The North London Waste Authority (NLWA) reported that in 2018, more than 11,000 damaged bicycles were thrown away, and fewer than one in 10 people attempted to repair their broken bikes.

The Bike Project, run by R-evolution, collects old bikes donated by the public, and trains volunteers to restore them.

This provides valuable work for many disadvantaged people and after completion of the program, allows them to use these practical skills in an area of work that isn’t saturated.

Since April 2019, the charity has had 61 trainees and have awarded over 130 training qualifications. Ex-prisoners who have participated in this program have gone on to set up their own bike shop or become self-employed mechanics.

Some of these refurbished bikes are then sold at an affordable price, with the profits being used to continue funding the project.

Other bikes go to the charity’s 20 bike libraries located in schools, businesses and specialist sites across the region. These bikes are available to be borrowed for free!

Around 1,000 bikes are repaired each year, by a team of 40 volunteers.

Not only does the Bike Project facilitate the rehabilitation process for many individuals, it also reduces waste by recycling old bikes. By purchasing and using a bike from them, people experience the health and wellbeing benefits of cycling while also reducing their environmental impact.

The Bike Project has transformed the lives of its volunteers, and also the people supporting it.

The story of Neil Porter

Neil Porter was in the process of retiring when he discovered the Bike Project. He had suffered from mental health problems throughout his adult life, and in particular was struggling with a lack of concentration and motivation.

Through the Bike Project, he was able to fulfil his lifelong passion for bikes, and he found a purpose in restoring bikes. He says that volunteering for the Bike Project has kept his mind active. He also reports an increase in his social interaction, and he’s found himself talking to strangers about bikes he likes.

Set up in partnership with Welcome to Yorkshire, East of Riding Yorkshire Council and Sport England, the Cycle Academy is targeted at 16 to 18-year olds.

The program ran for 7 months and it educated young people on cycle maintenance, first aid, and other essential biking skills that will help them become better cyclists.

It enables these young people to grow as individuals by learning important life skills, while teaching them to be a part of a cycle team.

Members of the Cycle Academy partake in local sportives and regular group rides. They have a blog where staff and riders of the team provide updates on their activities.

Launched in spring 2018, this award-winning scheme focuses on improving the lives of Syrian refugees who have settled in East Riding by providing them with a sense of inclusion and expediting their integration into the UK. Some of these refugees had never ridden a bike – women are forbidden from cycling in Syria.

The course has provided 170 bikes to refugees, including cycling gear, and has educated them about road safety and the British traffic system, among other bike and transport-related information. Together, 24 refugees took part in a 50-mile bike ride that summer and rode past various important cultural and educational sites within the community. This project has helped 5 individuals find work and 11 individuals enrol in local colleges.

In the future, the charity is hoping to focus more on the safety aspect of cycling, and also to expand their project to the rest of the Humber sub-region. To find out more about R-evolution, the Bike Project, or any of their other programs, you can visit their website. They accept bike donations at their Cottingham based centre, or their donation stations at Beverly, Driffield and Bridlington. Alternatively, you can buy a refurbished bike from their Cottingham location or via Emmaus on Lockwood Street.