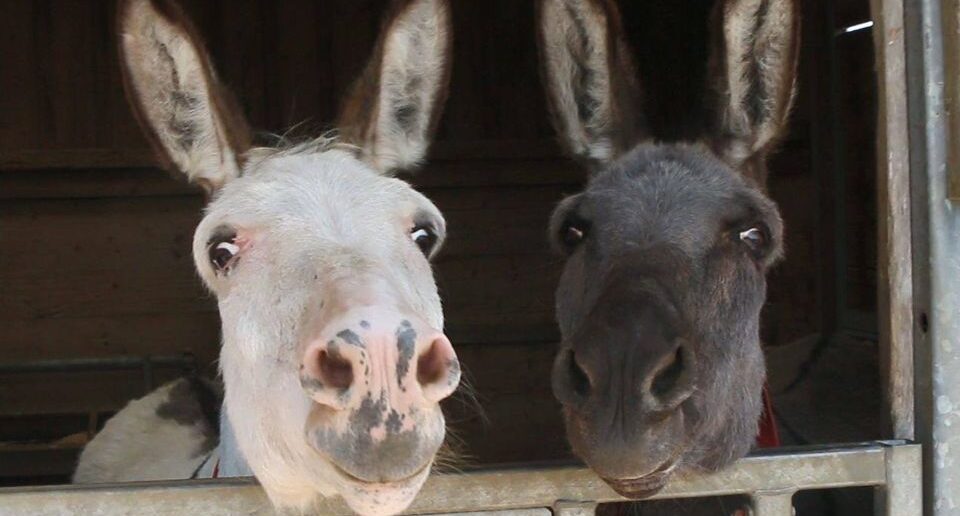 Donkeys revealed as a British favourite despite ‘stubborn’ myth

By Nisha Kotecha on September 19, 2020 0 Comments
Photo: The Donkey Sanctuary

Donkeys are one of Britain’s favourite animals, despite more than half of people wrongly believing they are stubborn, a study has revealed.

Unlike horses, who topped the poll with (24%), donkeys (17%) are not native to Europe, yet the British public still hold these loyal and affectionate animals close to their hearts.

Donkeys have long suffered an unfair reputation and this was borne out in the poll results with 55% of people quizzed, wrongly believing they were stubborn.

But donkeys are highly intelligent animals, The Donkey Sanctuary’s Animal Behaviourist Ben Hart explains, “The donkeys’ stoic nature means when compared to horses, they show more subtle body language when in pain or distress. Donkeys also have a strong sense of self-preservation and are unwilling to do things that they perceive as dangerous.

“The donkeys’ stoic nature, minimal body language, and their natural propensity to freeze when threatened or frightened, combined with a reluctance to put themselves at risk, results in donkeys commonly being mislabelled as stupid or stubborn. I believe anyone that calls a donkey stupid, has simply been outsmarted by one!”

Encouragingly, the research also found that 89% of people are aware that donkeys carry out an important role in helping communities around the world.

A Donkey Sanctuary report published in November 2019 stated that 500 million people in the world’s poorest communities still rely on working donkeys as a lifeline to support their livelihoods.

In Nepal donkeys play a critical role working alongside communities to produce six billion bricks that are then used throughout the world in the construction industry, and in the rural areas of Ethiopia, where donkeys are used in farming and transportation.

“It’s great to hear that people understand just how important donkeys are,” said Mike Baker, CEO at The Donkey Sanctuary. “Owning a working donkey means survival for some of the poorest and most vulnerable communities in the world. They enable their owners to participate in work and boost economic capacity.

“They help enable children to receive an education and help promote gender equality by allowing women to be economically active. The role of these hardworking animals is vital and their status should never be underplayed.”