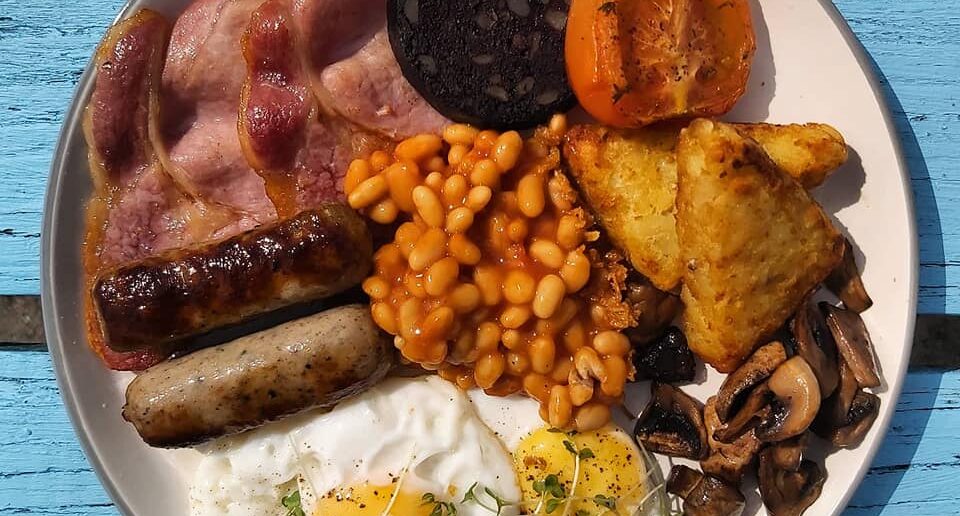 A teenager from Tunbridge Wells is cycling in search of Britain’s Best Breakfast. Jeremy Daubeny is completing the challenge in honour of his parents; his father passed away from a brain tumour in 2018, and shortly after, he lost his mother to Motor Neurone Disease (MND). All funds raised by Jeremy will be divided between The Brain Tumour Charity and The MND Association.

Beginning on 17th May, Jeremy set out along the South Coast before cycling the entire Welsh Coastline. He will cycle for 7 weeks and head North, where his exact route is still undecided.

Each stop is commemorated with a local fry-up, which is carefully judged through Jeremy’s 5-point scoring system. Scores for “tradition”, “chef’s touch”, “the egg”, “portion size” and “ambience” decide where each breakfast places on his Tour de Full English leaderboard.

Supporters along the route are flooding social media with comments of encouragement and recommendations for the Tour de Full English: “Great job Jeremy! Loving the daily dose of updates! Cheering you all the way!”, “shout if you need a place to camp or a breakfast suggestion”, “Lots of people are very proud of you and so would your lovely Mum and Dad [be]”.

The other charity Jeremy is supporting, The MND Association, provides support to patients with motor neurone disease and their families, as well as campaigning for recognition within wider society, and funding research.

Jeremy said of the fundraiser, “Particularly amongst people my age, terminal illness can be a bit of taboo, but the more people that know about these horrific conditions, the faster we can fundraise, research and potentially find a cure.”